Janice Diner made a useful infographic summarising the current ‘ecosphere’ f-commerce and the six ways in which vendors are selling with Facebook.

Like the term social commerce, f-commerce is used to describe a range of different activities, all related to buying and selling on Facebook.  The useful distinction made in the infographic – on/off Facebook transactions, provides a way to organize everything that passes for f-commerce.

We’d propose extending off-Facebook f-commerce tools to include the range of developer tools that can be used to facilitate commerce – and we’d remove the “Facebook in-store Retail” entry, because unlike the other five elements in the ‘ecosphere’ is not a tool itself, but a bundle of tools that can be used in the context of in-store retail – including Facebook Check-in Deals and the Facebook Open Graph.

Thus we’d be tempted to replace “Facebook in-store Retail” with “Facebook Storefronts” (that allow page visitors to browse but not buy on Facebook) as well as other developer tools for Facebook Assisted Commerce, including social plugins.  Perhaps this messes messed up the pleasing visual symmetry of original infographic, but it’s a little more complete. 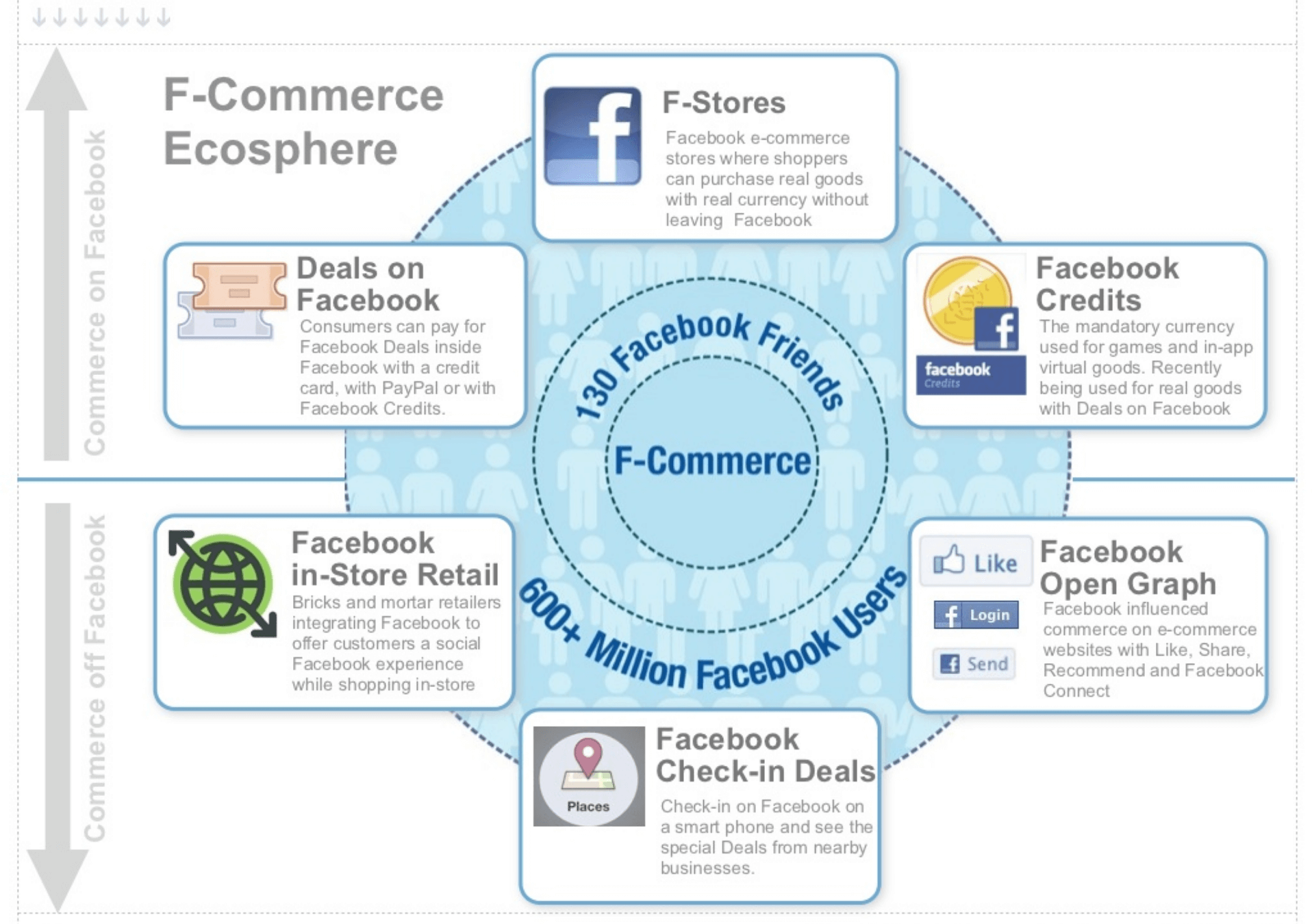 Social Commerce Today is the leading online resource for news, comment and analysis in the field of social commerce; the business of helping people connect where they buy and buy where they connect. Learn more

Clarify Capital is a boutique alternative lending firm that specializes in working with small businesses who are looking for working capital. Explore business loan solutions that are the right fit for your needs.